Thirty-five years ago, a plane crashed just a few metres below Danny Moore Creek near its confluence with Driftwood Creek. Local pilot Emil Mesich and his four passengers were killed.

An excerpt from the accident report explains what happened:

Two company aircraft, each carrying a party of hunters, departed the seaplane base on Tyee Lake near Smithers, bound for separate camps located relatively close together. The Otter was bound for Tatlatui Lake, 260 kilometres to the north. DJA, the larger of the two aircraft, was loaded with equipment belonging to both groups. As well as the pilot and four hunters and this equipment, it also carried two 200 litre fuel drums. The pilot was to drop off his passengers and then fly to the other camp. He did not arrive. An ELT signal was heard by the pilot of the smaller aircraft on his return flight to Tyee Lake. 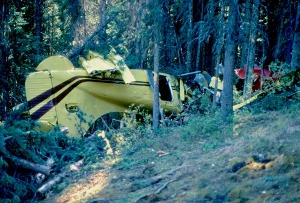 Apparently, the Otter had crashed ten minutes after takeoff.

My husband Lynn and Richard Overstall planned to fly into Twobridge/Reiseter Lake that weekend. But the weather wasn’t great, so they decided instead to hike into Silverking Basin, where there was a cabin. I remember piling the boys, who were three and four years old, into the car before heading to town. As Lynn and I said goodbye, a float plane flew overhead. Lynn commented on how low it was flying and we watched it for a moment.

Later that day, I got a call from Jim Shorter, a neighbour who was also a pilot. He asked me who Lynn and Richard had flown with—how he knew their plans was just another small town mystery. I told him they’d changed their plans; he told me a plane had crashed in the Babines. It was one of those moments: fear, anger, fear, relief, fear. I hadn’t seen them set off up the road with their packs. Had they perhaps changed their minds? Anger—I was mad at Jim for what felt like a fishing expedition. What if they had been on that plane? What the hell would he have said? The anger surprised me. Held back the fear for a while, but I needed to see those two walk out on Sunday afternoon to finally settle.

In the late summer and early fall we see float planes from Tyee Lake pass over our place almost every day, ferrying hunters and fisherman to and  from Spatsizi and Tatlatui provincial parks. On the day of the crash I was splitting firewood while waiting for Richard to arrive. That’s when I heard the Otter, louder than usual, and flying lower … much lower. Odd, I thought, and then went back to swinging the splitting maul.

Richard arrived about 15 minutes later and we headed off up Driftwood Road. I can’t remember now how far one could drive up the road then—maybe to Sunny Point but no further. Anyway, it could not have been more than an hour after hearing the plane that we were well on our way into Silverking and, more importantly, passing Danny Moore Creek.

We spent an uneventful, but chilly night in the old Silverking bunkhouse, built by Ernie Hann in the 1930s, and headed home late the next morning. A short while after re-crossing the Danny Moore Bridge, about three km above what is now the summer parking lot, we saw several vehicles, including an RCMP truck, parked on the road. We heard the whine of a chain saw uphill through the trees on our right. We immediately headed in that direction but within about 100 metres got turned back by the RCMP. All the member would say was there had been a plane crash in the bush just above us.

That’s when I told Richard about the low flying Otter from the previous day and we both wondered if it was the same plane.

Harry Kruisselbrink, a long time search & rescue volunteer took this photo at the crash site. The broken trees are signs searchers look for when a plane goes missing in the bush.

That question was answered later the same day … Emil had intended to fly up Driftwood Canyon and over the head wall at the end of Silverking Basin. When he realized he couldn’t get the necessary altitude, he tried to turn around and that’s when everything went sideways. The plane sheared off the tops of several trees and plummeted to the ground. Everyone on board was killed. But it did not catch fire.

And that’s probably the thought that has stayed with me more than any other over the years. If the plane had caught fire it would have been about the same time Richard and I passed by the crash site. We would have come upon fire and smoke and much worse had we climbed to investigate.

That’s one of the reasons the crash still gives me the shivers. 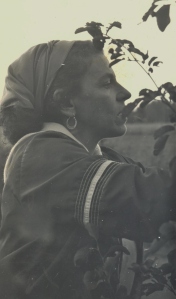 Another reason is because Emil Mesich was flying the plane that crashed and killed our beloved neighbour Sunny Biniowsky in November 1979. She and her partner, Fred Seychuk Sr., had moved up the road just a few months after we moved into our place. They’d escaped Toronto with Sunny’s two youngest children and decided to make a life in Driftwood Canyon, a choice that greatly added to our own enjoyment of creekside life.

Sunny was planning to fill in for the teacher at Takla Lake and had flown in to check it out. I will never forget sitting on our couch with her boys while Fred and his son went to find out what had happened. Watching their pain as her death was confirmed. The reason for the crash was heartbreaking:

This is the story from the Prince George Citizen:

SMITHERS, B.C. (CP) – A single-engine plane carrying four persons crashed in northern B.C. Nov. 26 because the pilot misjudged the weight of a case of empty beer bottles and overloaded the craft, a coroner’s inquest ruled Monday.

Coroner Wilfred Carpenter and the five-member jury found that Emil Mesich, 52, the pilot and lone survivor, erroneously estimated the weight of a case of beer at four pounds when the actual weight was seven pounds.

Evidence showed 397 empty cases were picked up from a lake resort. The plane’s nose dipped shortly after take-off and the craft stalled and crashed.

The jury recommended that each charter flight be equipped with portable scales, that the centre of gravity for each flight be computed accurately and that sufficient cargo restraints be provided and used.

Unfortunately the jury’s recommendations were not followed on the 1982 flight and the few times I have flown into the northern bush, I have never been weighed, nor has my gear. 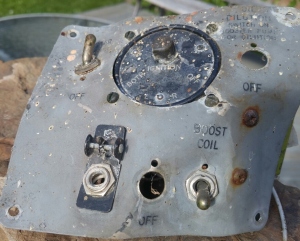 Planes are such fragile things. Skin stretched over a framework, over switches and valves and wiring as complicated and breakable as our own.

The people who fly these planes face tremendous pressure from their clients to get their passengers and freight into hard-to-reach places. Every takeoff and landing carries its own risks and many pilots have lost their lives because of it. Emil certainly did. As did, several years later, Jim Shorter, who was also a long time resident of the Driftwood Creek watershed. His wife, Eileen, still lives on the beautiful property between the Driftwood Creek bridge on the Telkwa Highroad and Malkow Lookout. We know so many who have died in small plane crashes, people who care deeply about the land they’re flying over, people who are dearly loved and much missed. 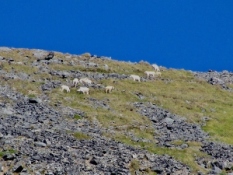 Indeed, it is often the dramatic terrain these planes traverse that gets them into difficulty—who knows if Emil wanted to show off the beautiful passage that Driftwood Creek has carved on its way out of the Babines or if the hunters wanted to catch a glimpse of goats on the headwall in Silverking Basin, the place they like to frequent in the fall—the one that proved too high for Emil that day.

If he’d gone around through McKendrick Pass the flight might have been uneventful. 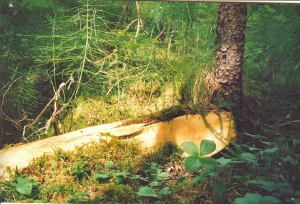 Gisela Mendel took us up to the crash site many years later, the bright yellow wreckage still clearly visible. You could still see where the trees were clipped as the plane tried to turn. It was so quiet there, painful to imagine the roar of the engine, the trees splintering, the wings tearing and the final impact. And then, because there was no fire, nor any survivors, the quiet returning as the broken branches settled, the hot metal cooled, the tick, tick, tick subsiding into the usual fall sounds: the trickle in the nearby creek, a nuthatch’s nasal squawk, a jay’s screech, perhaps some wind groaning through the sub-alpine fir. And just a few metres away, two men passing on the road into Silverking Basin.