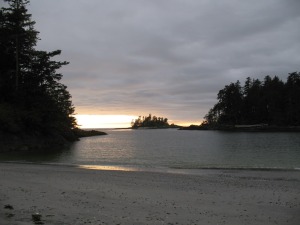 While there may be nothing new under the sun, it’s always fun to find your own ideas reflected in others writing – especially when the writing is pretty fancy pants, as has been said about John Banville’s work. He is an amazing writer who dives deeply into whatever story he is telling and is a fantastic wordsmith. The opening pages of his latest novel, Ancient Light, would make many of us either exult at the magic evoked by mere words upon a page or whimper in envy.

April of course. Remember what April was like when we were young, that sense of liquid rushing and the wind taking blue scoops out of the air and the birds beside themselves in the trees?

It is April when narrator, still a boy, catches a glimpse of a woman’s underpants as she bicycles by, the wind catching and lifting her skirt.

Nowadays we are assured that there is hardly a jot of difference between the ways in which the sexes experience the world, but no woman, I am prepared to wager, has ever known the suffusion of dark delight that floods the veins of a male of any age, from toddler to nonagenarian, at the spectacle of the female privy parts, as they used quaintly to be called, exposed accidentally, which is to say fortuitously, to sudden public view. Contrary, and disappointingly I imagine, to female assumptions, it is not the glimpsing of the flesh itself that roots us men to the spot, our mouths gone dry and our eyes out on stalks, but of precisely those silken scantlings that are the last barriers between a woman’s nakedness and our goggling fixity. It makes no sense, I know, but if on a crowded beach on a summer day the swimsuits of the female bathers were to be by some dark sorcery transformed into underwear, all the males present, the naked little boys with their pot bellies and pizzles on show, the lolling, muscle-bound lifeguards, even the hen-pecked husbands with trouser-cuffs rolled and knotted hankies on their heads, all, I say would be on the instant transformed and joined into a herd of bloodshot, baying satyrs bent on rapine.

You can hear Joyce and old man Yeats before him, in this rich and rolling voice. (Did I say, Banville is Irish?)

In this novel, which is richest in its remembrance of summer the narrator, Alexander Cleave, had an affair with his best friend’s mother (I’m not giving anything away: the novel begins, Billy Grey was my best friend and I fell in love with his mother. Love may be too strong a word but I do not know a weaker one that will apply. All this happened half a century ago. I was fifteen and Mrs. Grey was thirty-five.), you become so drawn into what one reviewer called the narrator’s (and, one can only assume, Banville’s) “forensic memory” that you almost forget what is inherently wrong with the affair and it is only obliquely you realize what damage it has done to the man. But the story is really about memory and how elusive it is.

The novel’s title refers, first of all, to the doctrine of ancient light, the protection offered those living in small dwellings when the construction of tall buildings threatens to cut them off from the sky. I often invoke it when I climb out of the canyon where I live and walk across my neighbour’s property to find a few more minutes of sunlight. Mercifully our current neighbours welcome us into their high pasture, but that has not always been the case. This kind of trespass is always easier in the summer, but it’s winter when you need it, and it’s winter when, because of the snow, you can’t hide your tracks.

Much later in the novel, Banville writes, Now he was speaking of the ancient light of galaxies that travels for a million – a billion – a trillion! – miles to reach us…and so it is that everywhere we look, everywhere, we are looking into the past.

It reminded me of a poem I wrote many years ago now, thinking of the ways we measure the world, and, as you can see, thinking about winter and the long wait we have here in the north for spring. A spring you can almost forget exists after months of snow.

Some laws of physics

What lightening in the slow drift of your turning
away

It’s not only the time it takes light to reach us that throws doubt upon what we see, it is the way in which light and vision work together. The colours you “see” are only those which the observed object does not absorb – in a way, you’re seeing everything but what is there.

There’s a place on the road to town where the trees close in.
Whatever heat and dust there might have been
hardens into damp clay smoother than any asphalt,
and older. There are trails like this
that cut across the backs of mountains; one dark side
leans right up against your shoulder
nudging you over to the other side, an edge
that drops into a tangle of dark logs smudging
into moss. You button up your shirt
and wish you’d brought your jacket.

There are many kinds of shadows. Some so hard bent
that not even a horsetail can snout through
the layered leaf mould. A poultice
that gathers whatever scraps of light
it finds and funnels them deep.
The kind of light our bodies hold
after every other warmth is gone.
Scant heat. Old bones.

And suddenly there’s a Saskatoon bush
unbending from its usual roadside squat
straightening into this unexpected opening
to become, because it’s June, its own small light.
Three or four thin branches reach out white, the flowers reflecting
every particle of light, every red, orange, yellow and blue back out
to where you pause. Enough to light the shadows
with a dozen shades of green. Its refusal,
generosity.

In Ancient Light, Banville asks, “What is the length of a coastline?” and proceeds to discourse upon the way in which we measure distance and time. He is referring to Benoît Mandelbrot’s paper which asked, how long is the coastline of England? It all depends, Mandelbrot (and Banville) argue, on how you measure it. The shorter your measuring stick, the longer the coast becomes. If you measure each tiny outcrop and then in between each stone, each pebble, each grain of sand and deeper in between smaller and smaller increments, each molecule, each atom, well, you can see it’s longer than you thought. This fractal geometry becomes an illustration of how infinity can be contained within a finite space.

The idea of infinity contained within a finite space is fascinating on its own; it is, of course, what writers are always trying to do: namely, contain the richness and complexity of the world within the exceedingly finite space of a poem or a story. I also used this image in my presentation to the Enbridge joint review panel hearings on the proposed northern gateway pipeline route.

We never know what will find its way into our writing – there is nothing that is not, at some time, useful. Thanks to John Banville for reminding us of this. And for writing another riveting novel.